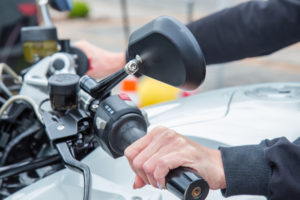 Posted by David Adelstein on April 23, 2017
Depositions, Standard of Review / Comments Off on Denial of Right to Depose Material Witness 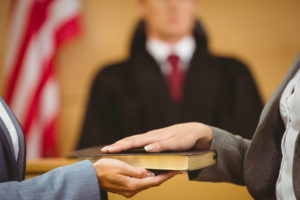 Posted by David Adelstein on April 07, 2017
Standard of Review, Trial Perspectives / Comments Off on Designating a Representative(s) to Serve as the Corporate Representative for Deposition 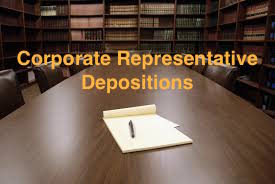 In this case, the deposing party moved to compel the opposing party to designate a certain individual as a corporate representative. The trial court granted the motion. The opposing party appealed –through a writ of certiorari since orders compelling a deposition can result in irreparable harm that cannot be undone on a final appeal. The Second District reversed in part because the individual had interests that were adverse to that of the company and would not be a proper corporate spokesperson; thus, the individual could not be a corporate representative for those topics.

I find this case frustrating. An entity should be entitled to designate those person(s) it wants to speak on the designated topics. The entity has a duty to prepare the person(s) to speak about the topics and the entity’s position because the person may not have, and is not required to have, the most knowledge about the topic. As long as the person is sufficiently prepared, the story should end.   If the person says “I don’t know” or “I don’t recall” during the entire deposition or gives wishy-washy answers (based on their lack of preparation), than that it is a different story.  But assuming the person is prepared, if the opposing party does not like the answers they are not precluded from taking depositions of other persons, or even the designated representatives, based on their personal knowledge. Otherwise, everyone will move to depose the person they want to serve as the corporate representative (which is probably the person with the most knowledge) which waters down this rule.

Posted by David Adelstein on July 24, 2015
Depositions, Evidence, Expert Testimony / Comments Off on Using Deposition of Expert Witness at Trial and Reading Portion of Deposition Transcript

Florida Rule of Civil Procedure 1.330(a)(3) provides in pertinent part: “The deposition of a witness, whether or not a party, may be used by any party for any purpose if the court finds:…(F) the witness is an expert or skilled witness.”

Similarly, Florida Rule of Civil Procedure 1.390(b) provides: “The testimony of an expert…witness may be taken at any time before the trial in accordance with the rules for taking depositions and may be used at trial, regardless of the place of residence of the witness.”

It is common for portions of depositions to be read to the jury (or, shown to the jury in a videotaped deposition). In this regard, Florida Rule of Civil Procedure 1.330(a)(4) states: “If only part of a deposition is offered in evidence by a party, an adverse party may require the party to introduce any other part that in fairness ought to be considered with the part introduced, and any party may introduce any other parts.”

This rule is designed to prevent a party from taking a deposition out of context and misleading the jury by reading or showing only select portions of the deposition versus allowing the jury to hear the “whole truth.” See Kaminsky v. Travelers Indem. Co., 474 So.2d 287, 288 (Fla. 3d DCA 1985) (“[W]here one party reads selected and prejudicial portions of the other party’s deposition for impeachment, it is error to prohibit opposing counsel from reading other portions of that same deposition in an effort to demonstrate the “whole truth.”); see also Mitchell v. Bonnell, 770 So.2d 1292, 1294 (Fla. 3d DCA 2000) (“We hold that Mitchell [plaintiff] had the right to present additional portions of Dr. Gordon’s deposition for the purpose of explaining, clarifying, and/or placing in context those limited sections presented by the defense by way of direct examination. The court’s failure to allow this was an abuse of discretion.’); Eggers v. Narron, 254 So.2d 382, 385 (Fla. 4th DCA 1971) (“When the plaintiff in this case elected to introduce into evidence a part of Eggers’ deposition, each of the defendants thereupon became entitled under this provision of subsection (4) of the rule to offer into evidence during the defendants’ case any other parts of Eggers’ deposition.”).