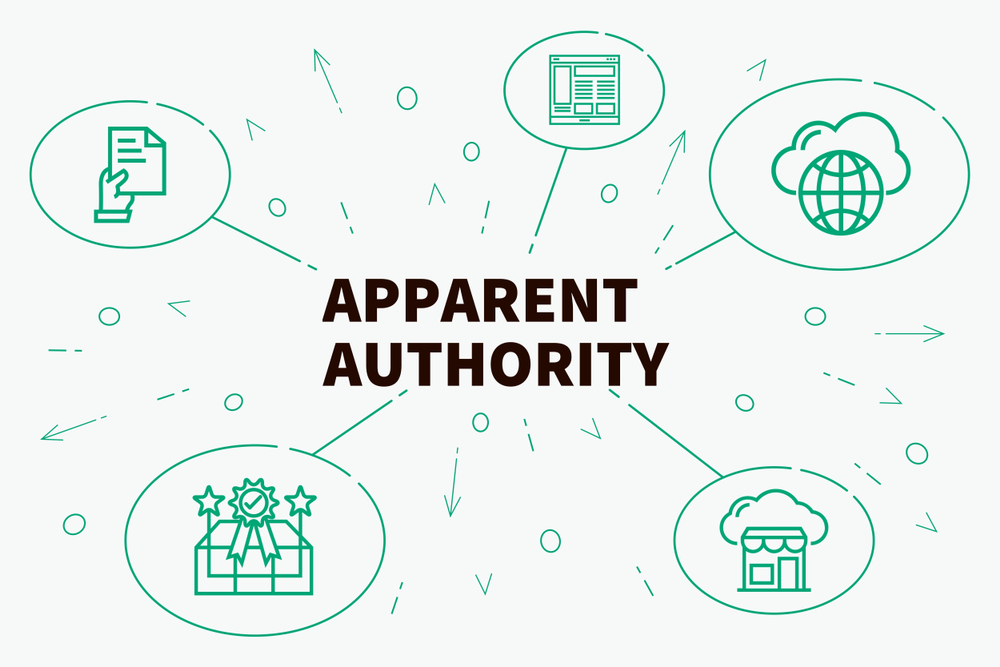 The doctrine of apparent agency stems from “the policy ‘that a principal should be estopped to deny the authority of an agent when the principal permitted an appearance of authority in the agent and, in so doing, justified a third party’s reliance upon that appearance of authority as if it were actually conferred upon the agent.’ ”  To show apparent agency, a plaintiff must establish “(a) a representation by the purported principal; (b) a reliance on that representation by a third party; and (c) a change in position by the third party in reliance on the representation.”  Apparent agency is not determined by the representations of the purported agent or the subjective belief of the person interacting with the agent — it is based solely on the actions of the principal.

For example, in Gardia, a plaintiff in cardiac arrest was transferred to a hospital.  The treating doctor at the emergency room omitted a care that left the plaintiff brain damaged and disabled.  The plaintiff sued to hospital alleging negligence. The hospital claimed it had an independent contractor arrangement with the company that operated the emergency department; thus, only the company that operated the emergency department and its doctors could be held liable for negligence that occurred at the emergency room. The trial court agreed maintaining the hospital could not be vicariously liable for the acts of its independent contractor.

It follows from the parties’ dispute about the Hospital’s control over emergency physicians that [plaintiff’s] apparent agency claim also should have survived summary judgment….The emergency department physician at the Hospital who received and treated [plaintiff] executed a “receiving facility” form confirming that the Hospital “has the capability for the treatment of this patient (including adequate equipment and medical personnel) and has agreed to accept transfer and provide appropriate medical treatment.” [Plaintiff] herself was unconscious and had no understanding or input into the facility- or physician-assignment decisions made for her. And although [the hospital] had adopted a consent form to inform patients that emergency department physicians were independent contractors, this form wasn’t provided to or signed by [plaintiff] or her family prior to her treatment.  For these reasons, we reverse the summary judgment order as to [plaintiff’s] apparent agency claim.