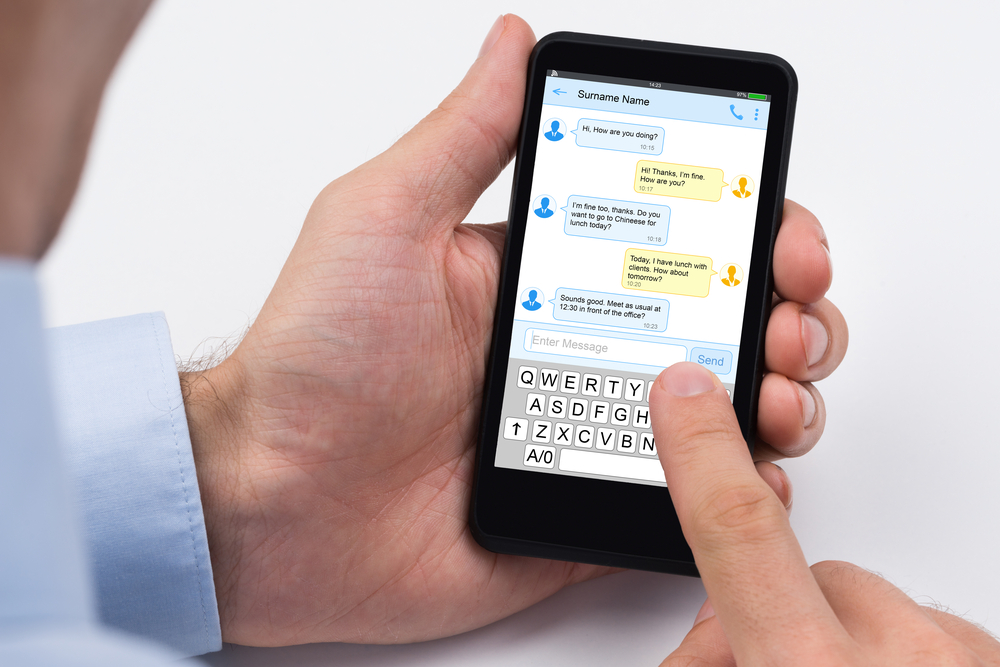 In today’s world, we text.  We text a lot!  In many instances, we text more than we e-mail or talk on the phone to a specific person. At trial, no different than letters or e-mails, texts need to be authenticated for purposes of admissibility.  If you want to use text messages at trial, you need to authenticate those texts.

An appellate court reviews a trial court’s determination regarding the authentication of evidence under an abuse of discretion standard of review.  Walker, supra.

On appeal, the Fourth District Court of Appeal agreed that the trial court abused its discretion because the text messages were NOT property authenticated with a very good discussion pertaining to the authentication and admissibility of texts:

“In determining whether the evidence submitted is sufficient for this purpose [of authentication], the trial judge must evaluate each instance on its own merits, there being no specific list of requirements for such a determination.”  “Evidence may be authenticated by appearance, content, substance, internal patterns, or other distinctive characteristics taken in conjunction with the circumstances. In addition, the evidence may be authenticated either by using extrinsic evidence, or by showing that it meets the requirements for self-authentication.”

“Testimony that a person received a text or email from another is not sufficient, by itself, to authenticate the identity of the sender.” Other factors can circumstantially authenticate the text.

“Circumstances recognized as sufficient to meet the test of authenticity include when a letter is written disclosing information which is likely known only to the purported author.”

[In this case, o]utside of a few references in the messages to the name of appellant’s boyfriend, the nephew of the appellee, and a reference to “aunty” there are no clues as to who sent the messages or what they are about. The discord between the nephew and appellant appears to be well known between the two families. The first five pages of texts offered by appellee are dated January 1, and appellee testified that the year was 2019. These texts purportedly come from three different phone numbers. None of the phone numbers match the phone numbers on appellant’s phone bill. Appellee did not testify that she recognized any of the numbers on the texts. Their substance generally refers to the nephew and threats to kill him but is populated with the pronoun “we” and not “I” indicating that multiple people are involved in these threats. One of the messages refers to appellant in the third person, indicating that it was sent from someone other than appellant.

As the proponent of admission of the evidence, it was the [the petitioner’s] burden to prove the authenticity of the text messages as being sent by [the respondent]. Thus, the trial court’s rationale that no other explanation for the messages was offered placed on [the respondent] the obligation of disproving their authenticity. This was error.

“[A]uthentication for the purpose of admission is a relatively low threshold that only requires a prima facie showing that the proffered evidence is authentic[.]” Even so, the instant case lacks the “distinctive characteristics”…or the contextual clues …. The text messages were not obtained pursuant to a search warrant from [the repsondent’s] phone, and no circumstantial support shows [the respondent] to be the author of the texts ….