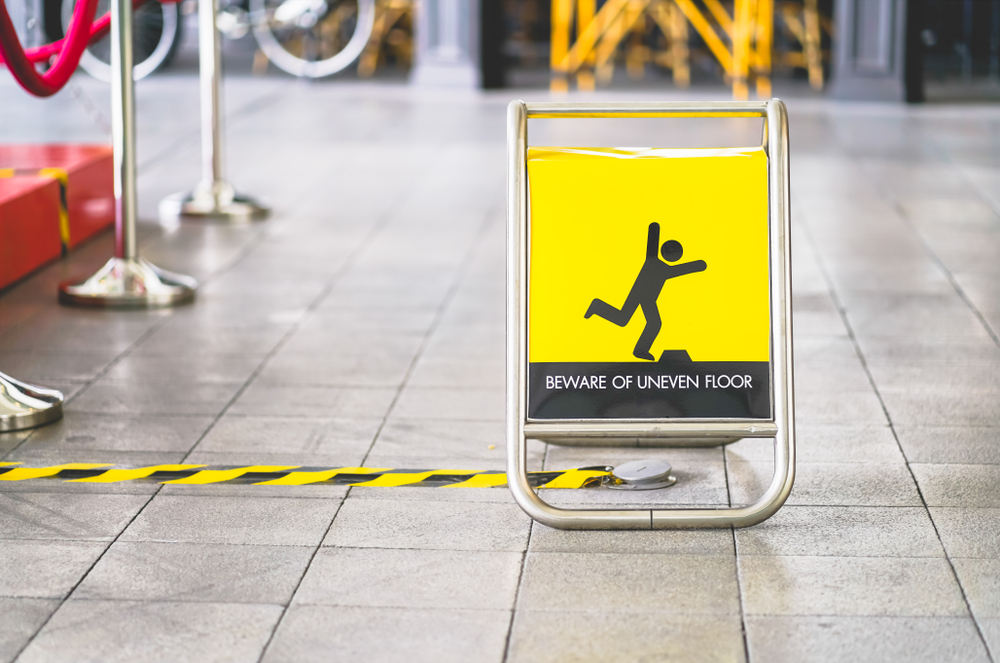 In premises liability cases, the plaintiff must show the defendant had actual or constructive notice of the dangerous condition on its premises, the defendant owed a duty to protect the plaintiff from the dangerous condition, the defendant breached that duty, there was a causal connection between the defendant’s breach and the plaintiff’s fall, and the plaintiff suffered damages as a result.  “[A] business owner owes two ‘separate and distinct’ duties to business invitees: ‘1) to warn of concealed dangers which are or should be known to the owner and which are unknown to the invitee and cannot be discovered through the exercise of due care; and 2) to use ordinary care to maintain its premises in a reasonably safe condition.’ “While the fact that a danger is obvious discharges a landowner’s duty to warn, it does not discharge the landowner’s duty to maintain his premises.”  Appellant asserts that genuine issues of material fact exist as to whether Appellee breached its duties to warn and to maintain its premises.

On appeal, the appellate court reversed.  The appellate court did note that a change in flooring elevation does not in of itself amount to an inherently dangerous condition; notwithstanding, there are factual circumstances that could transform the elevation change into a dangerous condition prompting a duty to warn.  Dudowicz, supra (stating “[s]uch circumstances include ‘an uncommon design or mode of construction creating a hidden danger which a prudent invitee would not anticipate.’) (citation omitted).  Regardless, the court found that the change in flooring elevation was an open and obvious condition.

The appellate court, however, did reverse summary judgment in favor of the hotel because there were factual issues as to whether the hotel breached its duty to maintain the premises in a reasonable safe condition.  “Even if there was no duty to warn, this did not discharge [the hotel’s] duty to maintain its premises in a reasonable safe condition.”  Dudowicz, supra.   The plaintiff presented summary judgment evidence that the unbeveled floor was a violation of Florida’s building code.  “Because a building code is designed to protect the general public rather than a particular class of individuals, a violation constitutes prima facie evidence of negligence, but does not establish negligence per se.” Dudowicz, supra (internal citations and quotation omitted) (stating “a building code violation can transform a floor level change into a dangerous condition.”).