ProveMyFloridaCase.com > Trial Perspectives  > Pleading the 5th Amendment Right Against Self Incrimination in a Civil Dispute
0 Comments 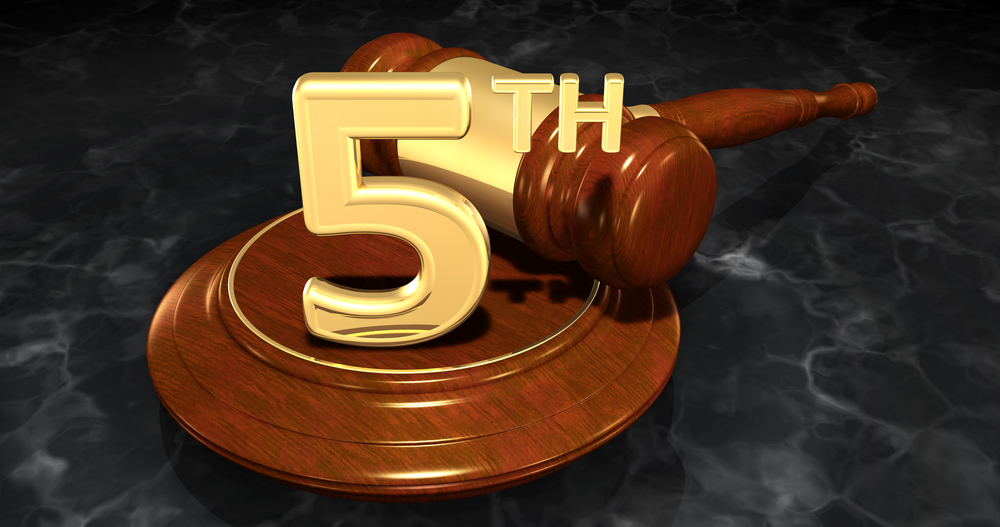 The Fifth Amendment provides no person “shall be compelled in any criminal case to be a witness against himself.” Amend. V, U.S. Const. The Fourteenth Amendment incorporates the Fifth Amendment so that the privilege against self-incrimination is protected from both federal and state action. See, e.g., Malloy v. Hogan, 378 U.S. 1, 8 (1964). The privilege applies in civil as well as criminal cases. Kastigar v. United States, 406 U.S. 441, 444-45 (1972).

The case of Wahnon involved a diamond merchant suing another diamond merchant for the civil theft of diamonds.  The plaintiff diamond merchant even filed a criminal complaint regarding the criminal theft of the diamonds.  During the civil case, the accused/defendant merchant would not answer certain questions during a deposition.  When the court ordered him to answer the questions, he then raised his Fifth Amendment’s right against self incrimination.  The trial court found that this right was waived and ordered him to answer questions.  Ultimately, the defendant merchant filed a petition for a writ of certiorari regarding this issue.

The appellate court held that the merchant had grounds to raise his Fifth Amendment right including the fact that the plaintiff filed a criminal complaint for theft.  This does not mean the merchant can blanketly raise this right to avoid answering any question; he cannot.

Of course, “[a] blanket assertion of the Fifth Amendment right is insufficient to invoke the privilege against self-incrimination.”  Accordingly, “the ‘central standard for the privilege’s application has been whether the claimant is confronted by substantial and ‘real,’ and not merely trifling or imaginary, hazards of incrimination.’ ”  Nevertheless, the United States Supreme Court “has always broadly construed its protection to assure that an individual is not compelled to produce evidence which later may be used against him as an accused in a criminal action.”  “In view of the place this privilege occupies in the Constitution and in our adversary system of justice, as well as the traditional respect for the individual that undergirds the privilege,” the standard for deciding whether the Fifth Amendment has been properly invoked in a civil proceeding is not demanding.  It concerns only whether “ ‘the civil litigant has reasonable grounds to believe that direct answers to deposition or interrogatory questions would furnish a link in the chain of evidence needed to prove a crime against him.’”

A dilemma occurs when the plaintiff cannot get information needed to prosecute his/her/its claims.  Of importance, the appellate court recognized this dilemma by informing the trial court of tools in his kit to deal with this occurrence:

[T]he trial court must fashion a remedy that has the least intrusive impact on the assertion of the Fifth Amendment privilege while alleviating the prejudice to the other party and providing a “just, speedy, and inexpensive determination” of the underlying dispute. The trial court’s toolkit in this regard includes, but is not limited to, staying the case, preventing a witness from testifying or a party from presenting evidence, and recognizing an adverse inference. The more onerous remedies become appropriate “only where other, less burdensome, remedies would be an ineffective means of preventing unfairness” to the opposing party.