Exploring The Fee Arrangement Between A Client And Lawyer

Posted by David Adelstein on December 07, 2014
Fee Arrangements / Comments Off on Exploring The Fee Arrangement Between A Client And Lawyer 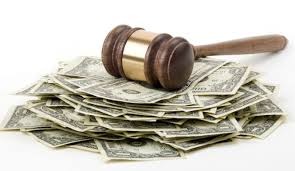 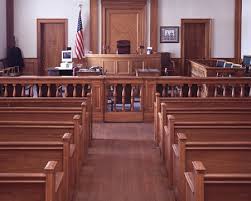 A lawyer’s representation of a client is typically memorialized in an engagement agreement or fee agreement.   Whether you are dealing with a Chiang Mai Lawyer or a local lawyer firm, there are many types of business relationships between a lawyer and client regarding how a client is to compensate a lawyer. Both the lawyer and client need to explore which business relationship works best for them based on the nature of the matter. From the client’s perspective, a client should want a lawyer they know will be efficient, proactive, and assist them in making the best business decision(s) based on the pros (the good) and cons (the bad) of the dispute.

Types of fee arrangements are as follows:

1. Hourly arrangement. The client pays the lawyer an agreed hourly rate based on the number of hours the lawyer works.   This fee arrangement is probably the most common arrangement the more complicated the dispute because there are a lot of “unknowns” in a dispute that impact the cost of litigation. These “unknowns” make it hard to truly determine the legal fees associated with a dispute. For instance, there is uncertainty how the other side will handle the claim/defense (and the discovery the other side will pursue). At the onset of a dispute, there may be uncertainty as to the best strategy to undertake and the discovery required to best move forward with that strategy. There is uncertainty as to potential rulings a judge may make. There is uncertainty as to expert witnesses that both a client and the other side will engage. There sometimes is uncertainty as to the cooperation of a client regarding providing documentation (inclusive of electronic documentation), assembling fact witnesses, and assisting during the course of a case. All of these uncertainties play a role and can impact the cost of a dispute.   It is alright to speak with a lawyer for a detailed budget that may understandably change as the dispute progresses.

2. Hourly with blended rate. The lawyer agrees to an hourly rate of “x” no matter the lawyer working on the case. This means that whether it is a seasoned partner working on the case or a young associate, the client agrees to pay the same hourly rate.   With this type of arrangement, there is less risk to the lawyer in that the lawyer will get paid no matter the number of hours, it is just that the lawyer’s rate will be less than the lawyer’s typical billing rate. On the other hand, the lawyer may give certain work to an associate where the blended rate is greater than the associate’s normal billing rate.

a. Flat or fixed fee.   The lawyer agrees to work on a flat or fixed fee no matter the amount of time the lawyer expends on the case or for the tasks.   The flat fee can be for discrete tasks in the case (e.g., filing a complaint, etc.), it can be for monthly work, or it can be to handle an entire case.   The lawyer bears some degree of risk in that the lawyer could end up expending substantial time on the case or task that does not equate to the lawyer’s typically billing rate. However, the lawyer is probably bearing the least risk with this type of agreement since the objective will be to agree on a profitable fixed fee. The advantage to the client, however, is that the client can plan and budget for the fixed fee knowing it will not increase.

c. Contingency.  The client does not pay the lawyer any hourly rate. Rather, the lawyer’s payment is purely contingent upon the resolution of the case where the lawyer will receive a percentage of a resolution. This fee arrangement is common in personal injury cases. It is less common is business disputes. For a pure contingency arrangement to make sense in a business dispute, particularly a more complicated business dispute, the dollar amount of the claim needs to be fairly substantial in order to justify the lawyer bearing the risk in handling the dispute. In other words, the lawyer needs to foresee the case being more profitable on a pure contingency basis then, by way of example, an hourly arrangement. The client, in turn, knows that the lawyer financed the legal fees, etc. associated with the case and bore the risk of recovering justifying the rate of return.

Usually, the type of case, chances of success and common practices such as mediation and arbitration in the local judiciary dictate the type of fee agreement between a Client and Lawyer. Furthermore, practices differ between states and even between counties. A Rhode Island Real Estate lawyer could agree to an hourly agreement while a Clinton Personal Injury Lawyer might prefer a partial contingency agreement. Best advice would be to approach multiple lawyers before settling on an appropriate fee system.