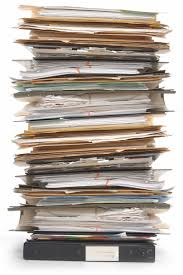 Florida’s Evidence Code contains a hearsay exception for records of regularly conducted business activities (see below statutory reference). Fla. Stat. s. 90.803(6). This exception allows a business’s record custodian to lay the foundation for the introduction of business records to avoid the exclusion of such records under a hearsay objection.

The key to laying the foundation and satisfying the hearsay exception is that the records MUST BE:

A business’s record custodian or other qualified witness that knows how the record was made is called to lay the foundation for this hearsay exception and, thus, introduction of the business records. This is important so that the business records can be published or presented to the jury.

As explained by the Third District:

“[I]n order to lay a foundation for the business records exception to the hearsay rule, it is not necessary to call the person who actually prepared the document. The records custodian or any person who has the requisite knowledge to testify as to how the record was made can lay the necessary foundation.”

Under certain circumstances, an affidavit can be used instead of live testimony to lay the foundation for a business record. Fla. Stat. s. 90.803(6)(c).

Finally, parties relying on business records to support a summary judgment motion should likewise lay the appropriate foundation for the record in an affidavit.

(a) A memorandum, report, record, or data compilation, in any form, of acts, events, conditions, opinion, or diagnosis, made at or near the time by, or from information transmitted by, a person with knowledge, if kept in the course of a regularly conducted business activity and if it was the regular practice of that business activity to make such memorandum, report, record, or data compilation, all as shown by the testimony of the custodian or other qualified witness, or as shown by a certification or declaration that complies with paragraph (c) and s. 90.902(11), unless the sources of information or other circumstances show lack of trustworthiness. The term “business” as used in this paragraph includes a business, institution, association, profession, occupation, and calling of every kind, whether or not conducted for profit.

(c) A party intending to offer evidence under paragraph (a) by means of a certification or declaration shall serve reasonable written notice of that intention upon every other party and shall make the evidence available for inspection sufficiently in advance of its offer in evidence to provide to any other party a fair opportunity to challenge the admissibility of the evidence. If the evidence is maintained in a foreign country, the party intending to offer the evidence must provide written notice of that intention at the arraignment or as soon after the arraignment as is practicable or, in a civil case, 60 days before the trial. A motion opposing the admissibility of such evidence must be made by the opposing party and determined by the court before trial. A party’s failure to file such a motion before trial constitutes a waiver of objection to the evidence, but the court for good cause shown may grant relief from the waiver.