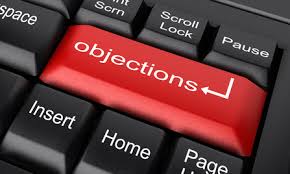 What is an offer of proof or evidentiary proffer?

During trial there are times where the opposing party objects to a question (testimony) and/or the introduction of evidence. If the judge sustains (or agrees with) an objection, the witness is precluded from offering testimony in response to the question and/or the evidence is excluded and deemed inadmissible.   Ouch!!  When this happens, it is important for the party trying to offer the excluded testimony or evidence to make a proffer or offer of proof in furtherance of preserving this issue for appeal. The reason a proffer or offer of proof of the excluded evidence or testimony is done is to develop an adequate record for appeal to establish that the trial judge erred in sustaining the objection. Sometimes, a proffer will change a trial judge’s mind so that the judge overrules the objection. In any event, the trial judge has discretion over the timing and method of the proffer. See Holmes v. Bridgestone/Firestone, Inc., 891 So.2d 1188, n.1 (Fla. 4th DCA 2005) (“Whether a proffer is sufficient is within the trial court’s discretion.”).

In a jury trial, a proffer is done outside the presence of the jury. In a bench trial (where the judge is also the finder of fact), a proffer is still undertaken but the judge is presumed to know what evidence is admissible versus excluded / inadmissible when rendering a final judgment.

“(1) A court may predicate error, set aside or reverse a judgment, or grant a new trial on the basis of admitted or excluded evidence when a substantial right of the party is adversely affected and:

(b) When the ruling is one excluding evidence, the substance of the evidence was made known to the court by offer of proof or was apparent from the context within which the questions were asked.”

“(a) Record of Excluded Evidence. In an action tried by a jury if an objection to a question propounded to a witness is sustained by the court, the examining attorney may make a specific offer of what the attorney expects to prove by the answer of the witness. The court may require the offer to be made out of the hearing of the jury. The court may add such other or further statement as clearly shows the character of the evidence, the form in which it was offered, the objection made, and the ruling thereon. In actions tried without a jury the same procedure may be followed except that the court upon request shall take and report the evidence in full unless it clearly appears that the evidence is not admissible on any ground or that the witness is privileged.”

PROFFER WHEN TRIAL JUDGE PRECLUDES EVIDENCE FROM BEING INTRODUCED

For example, let’s say during a jury trial a judge sustains an objection and excludes a key document from being introduced into evidence. The party trying to introduce the document will want to make a proffer outside of the presence of the jury. To do so, the party will want the document marked and identified (for purposes of the appellate record) and will want to proffer the document to the witness so that the witness’s response to the questions introducing the document is preserved for the record. See, e.g., Diaz v. State, 961 So.2d 381 (Fla. 2007) (in criminal trial, defense tried to show victim a photograph of another person to support that the defendant was misidentified; trial court precluded the defendant from showing the victim the photograph and defense failed to preserve issue for appeal by failing to proffer the photograph outside of the jury to hear how the victim would respond). As best explained by the Third District Court of Appeal:

“When the trial court excludes evidence, an offer of proof is necessary (with some exceptions not applicable here) if the claimed evidentiary error is to be preserved for appellate review. This can be done…by offering the excluded documents at trial outside the presence of the jury. Excluded documents … should be marked for identification with a number and described fully in the record. This makes a record of the excluded evidence available to an appellate court so it can determine if error was committed in excluding the evidence and also makes it available for post trial motions.”

PROFFER WHEN TRIAL JUDGE PRECLUDES TESTIMONY FROM BEING INTRODUCED

Now, let’s say during a jury trial a judge sustains an objection and prevents a witness from answering a question(s) and testifying. The party trying to introduce the testimony may want to make a proffer outside of the presence of the jury so that the witness answers the questions outside of the jury. This way the record is preserved as to what the witness’s testimony would be if not excluded. See, e.g., Musaschia v. Terry, 140 So.2d 605 (Fla. 3d DCA 1965) (“[W]hen a proffer of proof is being made by questioning a witness out of the presence of the jury, the witness should be allowed to answer the questions put to him.”).