Posted by David Adelstein
in Burden of Proof, Evidence 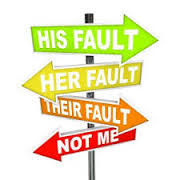 Mostly everyone has heard of the term “negligence.” Negligence actions oftentimes form the basis of personal injury claims and, in certain instances, property damage claims. (For example, this article discusses negligence actions in premise liability claims.)

The Florida Supreme Court in Sanders v. ERP Operating, Ltd. Partnership, 2015 WL 569041 (Fla. 2015) recently discussed the application of a directed verdict in a negligence action (the case was a negligent security action). The district court of appeal held that the plaintiff, as a matter of law, failed to prove the element that her injuries were proximately caused by the defendant’s breach of a duty of care. The Florida Supreme Court reversed with two important rulings regarding 1) the element of proximate causation in a negligence action and 2) the granting of a directed verdict in a negligece action.

As to the element of proximate causation, the Florida Supreme Court held:

“Whether or not proximate causation exists is a question of fact, involving an inquiry into whether the respondent’s [defendant] breach of duty [of care] foreseeably and substantially contributed to the plaintiff’s injuries. This Court has made clear that plaintiffs alleging negligence in Florida must meet the more likely than not standard of causation as Florida courts require proof that the negligence probably caused the plaintiff’s injury.”

As to the granting of a directed verdict, the Florida Supreme Court held:

“In order for a court to remove the case from the trier of fact and grant a directed verdict, there must only be one reasonable inference from the plaintiff’s evidence. Where the jury only has to draw one inference from direct evidence to reach a decision regarding the defendant’s negligence, the jury is entitled to make the ultimate factual determination regarding whether the defendant’s breach was the proximate cause of the harm suffered. Thus, if the jury is forced to stack inferences to find that the plaintiff presented a prima facie case of the defendant’s negligence, then a directed verdict is warranted. An appellate court reviewing the grant of a directed verdict must view the evidence and all inferences of fact in the light most favorable to the non-moving party, and can affirm a directed verdict only where no proper view of the evidence could sustain a verdict in favor of the non-moving party.”

The following bullet points are important take-aways from this Florida Supreme Court case: