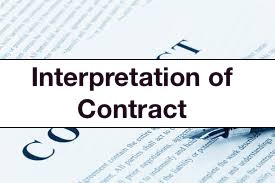 The interpretation of a written contract is a question of law and the appellate court construes the contract under a de novo standard of review. Notably, construction of contractual terms is a question of law, which we review de novo, provided that the language is clear and unambiguous and free of conflicting inferences.