Illegality of Contract as Affirmative Defense 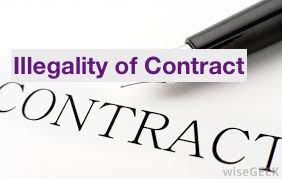 An example of the application of this defense can be found in the dispute between a commercial landlord and its tenant in Lucas Games, Inc. v. Morris Associates, LLC, 2016 WL 3745372 (Fla. 4th DCA 2016). The facts of this case are discussed here, but the case concerned an issue where the tenant’s business became illegal to perform due to an amendment to Florida law. As a result, the tenant stopped conducting business and vacated the leased premises. The appellate court agreed with the tenant because the subject matter of the lease became illegal to perform such that the lease could not be enforced against the tenant (and excused the tenant’s performance under the lease.)

When asserting an affirmative defense at trial, remember, whether the defense is illegality of contract or another defense, the burden is on the defendant (party asserting defense) to prove it.