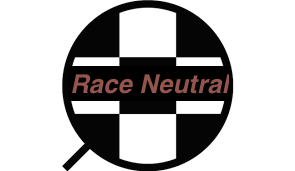 The Second District Court of Appeal in Spencer, Jr. v. State of Florida, 41 Fla.L.Weekly D700c, a criminal matter, discussed the proper steps or procedure to follow when an opponent believes a peremptory challenge is being used for a racially motivated reason. In Florida, this is oftentimes called the Melbourne procedure or Melbourne hearing after the Florida Supreme Court case Melbourne v. State, 679 So.2d 759 (Fla. 1994).

It is helpful to think of the three “steps” as three decisions made by the trial judge during the Melbourne hearing. Phrased as questions, those decisions are:

In a case where the State’s peremptory challenge is ultimately granted and the defendant’s objection is overruled at the end of a full Melbourne hearing, the actual decision-making process involves more than three components. The three decisions seem to involve the following components:

(a) The State moves to exercise a peremptory challenge for venire person X [prospective juror].

(b) The defendant objects, showing that venireperson X falls within a protected class and requesting a neutral reason for the peremptory challenge.

(c) The court finds the defendant’s objection to be sufficient.

(a) The court asks the State for a neutral reason for the peremptory challenge.

(b) The State provides the reason or reasons that it claims are neutral.

(c) The defendant is given an opportunity to respond.

(d) The court determines that the reason is facially neutral.

(a) The court asks the defendant if he wishes to make a genuineness objection.

(b) If the defendant chooses to make that objection, the defendant is permitted to make an argument and explain the facts and circumstances that support the defendant’s claim that the facially neutral reason is a pretext.

(c) The State is given an opportunity to respond.

(d) The court makes its ruling that the facially neutral reason for the peremptory strike is genuine, explaining as necessary the basis for that ruling.

(e) Finally, if necessary, the defendant asks the court to provide any additional finding or clarity in the ruling to preserve the issue for appeal.

Step 3 of the Melbourne procedure deals with the genuineness of the race-neutral reason given by the proponent of the peremptory challenge. In other words, the opponent has the burden of persuasion showing that the race-neutral reason was nothing more than a pretext for a racially motivated intent. The opponent will always have the burden of persuasion during this process including ensuring that the record is sufficient and his/her objection stated. The Second District in Spencer, Jr. explained:

Thus, the decision the trial court is called upon to make in step 3 has little to do with the substance of the reason given by the lawyer that requests to strike the venireperson; it has to do with the lawyer’s intent. The trial court is called upon to determine whether the lawyer presenting the explanation for the peremptory challenge, as an officer of the court, is concealing an improper motive. Ultimately, the question the trial court must answer is whether the lawyer has truthfully provided a neutral reason or whether the lawyer is either deceiving himself as a matter of subconscious prejudice or, even worse, simply lying to the court. “Genuineness,” thus, is really a question of whether a lawyer is being disingenuous.

If it is truly presumed that lawyers exercise peremptory challenges in a nondiscriminatory manner, then the trial court should not be expected to initiate on its own a genuineness challenge of every facially neutral reason. This is particularly true when no party has responded to the neutral reason with a claim that it is a pretext. Given the seriousness of a charge that a lawyer is providing a pretextual reason for a challenge, the opponent should be expected to object to the facially neutral reason as a pretext. It is unquestionably the better practice for a trial court, having made a determination of neutrality under step 2 of the Melbourne analysis, to ask the opponent whether he or she wishes to challenge the genuineness of the proponent’s reason, but we see no reason to reverse a judgment and sentence following an entire trial when the trial court omits this step without objection from anyone.

Under Melbourne, it is the opponent of the challenge that has the burden of persuasion from the beginning to the end.