ProveMyFloridaCase.com > Evidence  > Admissions Against a Party Are Admissible Exceptions to the Hearsay Rule
0 Comments

Admissions Against a Party Are Admissible Exceptions to the Hearsay Rule 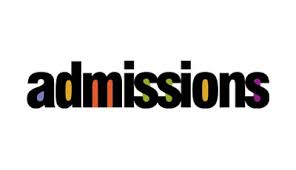 Previously, I discussed the business records exception to the hearsay rule (of inadmissible evidence).

This hearsay exception in Florida Statute s. 90.803(18) states that the following statements (admissions) are admissible:

(18) Admissions.–A statement that is offered against a party and is:

(a) The party’s own statement in either an individual or a representative capacity;

(b) A statement of which the party has manifested an adoption or belief in its truth;

(c) A statement by a person specifically authorized by the party to make a statement concerning the subject;

(d) A statement by the party’s agent or servant concerning a matter within the scope of the agency or employment thereof, made during the existence of the relationship; or

(e) A statement by a person who was a coconspirator of the party during the course, and in furtherance, of the conspiracy. Upon request of counsel, the court shall instruct the jury that the conspiracy itself and each member’s participation in it must be established by independent evidence, either before the introduction of any evidence or before evidence is admitted under this paragraph.

Businesses operate through people so it is common for a representative of a business or a person acting within the scope of their employment to say something to another person.  This happens all the time.   But, is this statement admissible against the person’s business in a business dispute?  The answer is yes under this hearsay exception.

In Scholz v. RDV Sports, Inc., 710 So.2d 618 (Fla. 5th DCA 1998), a former assistant coach filed a lawsuit against the team for wrongful termination. The former assistant testified that he was told by an employee of the team that he was fired because the team wanted to hire a black assistant and that the team had been pressured to hire a black assistant.   The statements made by the team’s employee were admissible hearsay because the statements were made by a person concerning a matter within the scope of their employment and, thus, were admissions offered against a party (the team).

In Troya v. Miami Beach Health Care Group, Inc., 780 So.2d 228 (Fla. 3d DCA 2001), a woman was injured when she slipped and fell at a hospital.  As soon as she fell, she overheard an unidentified hospital employee say there was too much wax on the floor.   This statement was admissible hearsay as an admission against a party opponent.