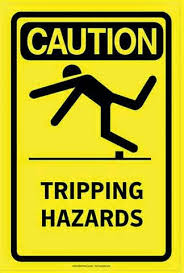 Assume in this type of premise liability action, an attendee at a festival or outdoor event tripped and injured himself/herself over some exposed material penetrating from the ground. The attendee sued the organizers of the festival or event in a premise liability action. The festival argued that it had no duty to the attendee because it did not own the property where the attendee tripped on exposed material penetrating from the ground. The trial court agreed with the festival and entered summary judgment in favor of the festival.   On appeal, however, it appeared that the trial court incorrectly applied the law because the issue was not whether the festival actually owned the property where the attendee tripped, but whether it assumed any control over the premises in question that would trigger its duty to maintain that premises in a reasonably safe condition. The appellee, in trying to affirm the trial court’s ruling, raised an argument that was never raised at the trial level but supported by the record (the tipsy coachman doctrine). The appellee argued even if it had a duty to maintain the property, the exposed material that the attendee tripped on was so open and obvious as supported by the record that it had no duty to warn the attendee of this open and obvious condition. In other words, the appellee wanted to show that the trial court still reached the right result even if the trial court’s result was based on the wrong reason. (These facts are modeled after a recent appellate opinion in Cook v. Bay Area Renaissance Festival of Largo, Inc., 40 Fla. L. Weekly D1091b (Fla. 2d DCA 2015) where the appellee trying to affirm the trial’s court’s ruling raised a new argument to support the ruling not raised with the trial court.)