ProveMyFloridaCase.com > Evidence  > Arbitration and the Lax Rules of Evidence
0 Comments

Arbitration and the Lax Rules of Evidence 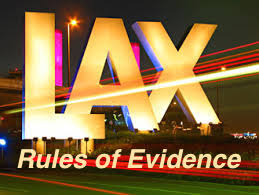 In arbitration, the rules of evidence are lax.  For example, Rules 35 and 36 of the Construction Industry Arbitration Rules promulgated by the American Arbitration Association state in relevant portion:

(c)  The arbitrator shall take into account applicable principles of legal privilege, such as those involving the confidentiality of communications between a lawyer and client.

R-36. Evidence by Affidavit and Post-Hearing Filing of Documents or Other Evidence

(a)  The arbitrator may receive and consider the evidence of witnesses by declaration or affidavit, and shall give it such weight as the arbitrator deems it entitled to after consideration of any objection made to its admission.