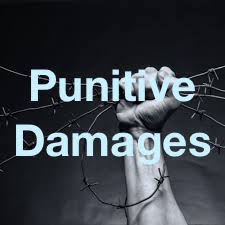 So, you are interested in pursuing punitive damages. Then you MUST comply with the requirements of Florida Statute s. 768.72. This statute provides in relevant part:

(2) A defendant may be held liable for punitive damages only if the trier of fact, based on clear and convincing evidence, finds that the defendant was personally guilty of intentional misconduct or gross negligence. As used in this section, the term:

(a) “Intentional misconduct” means that the defendant had actual knowledge of the wrongfulness of the conduct and the high probability that injury or damage to the claimant would result and, despite that knowledge, intentionally pursued that course of conduct, resulting in injury or damage.

(b) “Gross negligence” means that the defendant’s conduct was so reckless or wanting in care that it constituted a conscious disregard or indifference to the life, safety, or rights of persons exposed to such conduct.

What do you do if you are a defendant and the trial court grants the plaintiff’s motion for leave to include a punitive damages component? Punitive damages are a damages-component you do NOT want argued to the jury.

“Certiorari review is available to determine whether a trial court has complied with the procedural requirements of section 768.72, but not to review the sufficiency of the [proffered] evidence.” HCA Health Services of Florida, Inc. d/b/a St. Lucie Medical Center v. Byers-McPheeters, 2016 WL 3549595, *1 (Fla. 4th DCA 2016).  Stated differently, you can seek a writ of certiorari arguing the trial court failed to properly comply with s. 768.72, but not to review the evidence proffered to the trial court relating to the trial court’s decision to allow a punitive damages component.