Authentication of Document and the “Reply Letter Doctrine” 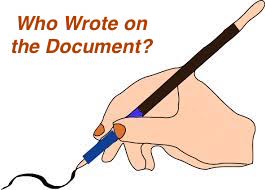 Authenticating evidence, such as a document, is important to show that the document being admitted into evidence is what it purports to be. See Fla. Stat. s. 90.901 (“Authentication…of evidence is required as a condition precedent to its admissibility. The requirements…satisfied by evidence sufficient to support a finding that the matter in question is what its proponent claims.”) Thus, it’s a reliable document so it can be admitted into evidence.

For instance, if a letter is sent or an e-mail is sent, you want someone to be able to testify that they sent that letter / e-mail, they recognize the signature of the handwriting on the letter, they received the letter or e-mail, and/or that the e-mail addresses on the e-mail accurately reflects the sender’s and/or recipient’s e-mail addresses.

In finding that the handwritten signature should have been admissible, the appellate court discussed the “reply letter” doctrine:

The requirements of the evidence code are satisfied by evidence sufficient to support a finding that the matter in question is what its proponent claims. The use of circumstantial evidence to authenticate is permissible. Authentication occurs in a situation where the offered item, considered in light of the circumstances, logically indicates the personal connection sought to be proved. Pursuant to the “reply letter” doctrine, a letter can be authenticated upon a showing that it was “apparently in reply” to an earlier letter sent to the purported author of the reply letter. Once a prima facie case of authenticity has been established, the document is authenticated, and the trier of fact must resolve any disputes regarding the genuineness of the exhibit.