ProveMyFloridaCase.com > Evidence  > Hearsay can Only be Admitted for Another Purpose if Such Purpose is a Material Issue
0 Comments 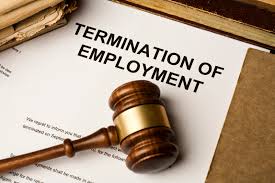 Sometimes, a party will try to introduce hearsay by arguing that that the document/testimony is not being offered to prove the truth of the matter asserted (hearsay), but instead, is being offered for another purpose. This is an avenue to admit evidence that would otherwise be excluded under the hearsay exclusion.  This was the situation in the employment litigation case, Mootry v. Bethune-Cookman University, Inc., 41 Fla. L. Weekly D146a (Fla. 5th DCA 2015).

The appellate court held that it was harmful error for the trial court to admit the report with the hearsay statements into evidence. The court held, “when an out-of-court statement is being ‘offered for a purpose other than proving the truth of its contents[, it] is admissible only when the purpose for which the statement is being offered is a material issue in the case.” Mootry, supra, quoting King v. State, 684 So.2d 1388, 1389-90 (Fla. 1st DCA 1996).