ProveMyFloridaCase.com > Evidence  > Impeachment as to Prior Crimes in Civil Trials
0 Comments

Impeachment as to Prior Crimes in Civil Trials 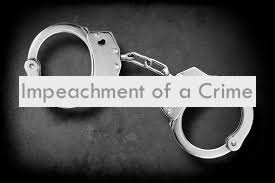 In a civil trial, I want to attack (impeach) the credibility of a testifying witness by bringing up a crime that witness committed. Can I do this?

When it comes to impeaching the credibility of a witness based on crimes, Florida Statute s. 90.610 states in material part:

(1) A party may attack the credibility of any witness, including an accused, by evidence that the witness has been convicted of a crime if the crime was punishable by death or imprisonment in excess of 1 year under the law under which the witness was convicted, or if the crime involved dishonesty or a false statement regardless of the punishment, with the following exceptions:

(a) Evidence of any such conviction is inadmissible in a civil trial if it is so remote in time as to have no bearing on the present character of the witness.

So, in a criminal trial, a witness’s credibility can be attacked if (1) the witness was convicted of a crime in excess of one year (a felony) or (2) the witness was convicted of a crime involving dishonesty or a false statement regardless of the length of punishment (a misdemeanor involving dishonesty or a false statement). But, in a civil trial, not so fast – this type of impeachment will not be permitted if the conviction is remote in time that it has no bearing on the character of the witness. If the crime is so remote in time, there is no probative value to impeach the witness other than the prejudicial effect the knowledge of the crime may have with the jury. See, e.g., Trowell v. J.C. Penny Co., Inc., 813 So.2d 1042 (Fla. 4th DCA 2002) (“The statute directs the court to determine whether the past convictions have a bearing on the present character of the witness. Evidence of theft and shoplifting convictions in the early 1980s with no subsequent convictions would tend to suggest that the witness no longer has a propensity toward dishonesty, and thus such convictions would have little or no bearing on his present character. Evidence of a continuing pattern of theft convictions tends to suggest that the appellant’s character in this regard remains unchanged.”).

The objective in attacking a witness’s credibility based on a crime (as permitted above) is that the witness cannot be trusted-their testimony is nothing but a bunch of lies.