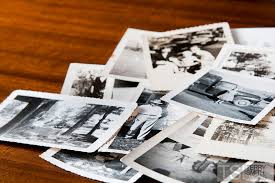 “The test for admissibility of photographic evidence is relevancy rather than necessity.” Pope. V. State, 679 So.2d 710, 713 (Fla. 1996) (photographs in murder trial were relevant to establish manner in which murder was committed and condition of crime scene). This same test applies to video evidence. See Zelaznik v. Isensee, 2014 WL 2596140 (Fla. 2d DCA 2014).

For instance, in Zelaznik, a video in a personal injury action was introduced into evidence showing portions of the injured plaintiff’s surgery. The defendant appealed that the trial court abused its discretion in admitting this video because the probative value of the video was outweighed by its unfair prejudice to the defendant since the video was unfairly graphic. (Before the video was shown to the jury, the trial court viewed the video and did not deem it unfairly prejudicial.) The video was introduced into evidence by the doctor that performed the surgery and the doctor testified the video would aid him in explaining the plaintiff’s surgery to the jury. The appellate court affirmed finding that there was nothing to support that the trial court abused its discretion by admitting the video.