Posted by David Adelstein
in Appeal, Burden of Proof 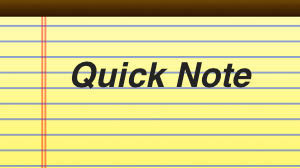 I recently discussed the defense of mitigation of damages as it applies to contract cases.  An issue dealt with whether an owner failed to mitigate his damages after his contractor walked off the job and breached the construction contract.  In the case referenced in the article, the trial court did not award the owner certain damages at trial finding that the owner should have mitigated his damages.  The owner appealed this issue which was reversed on appeal.  The reason it was reversed is because the trial court’s finding that the owner failed to mitigate his damages is reviewed on appeal for competent substantial evidence.  If competent, substantial evidence supports the trial court’s findings, the ruling would not be disturbed on appeal. At trial, however, there was NO competent substantial evidence presented by the contractor that the owner failed to mitigate his damages. Forbes v. Prime General Contractors, Inc., 43 Fla.L.Weekly D2094a (Fla. 2d DCA 2018) (“Here, there is no competent substantial evidence that the Forbeses [owner] could have taken any measure without undue effort or expense to avoid [mitigate] the damages they sought.”).