ProveMyFloridaCase.com > Evidence  > Ruling on Admissibility of Evidence Reviewed Under Abuse of Discretion
0 Comments

Ruling on Admissibility of Evidence Reviewed Under Abuse of Discretion

Posted by David Adelstein
in Evidence, Standard of Review 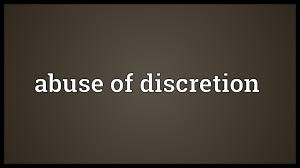 For example, in Cantore, a medical malpractice action, a pediatric neurosurgeon that treated a minor answered hypothetical questions.  The jury returned a verdict in favor of the defendant hospital and the plaintiff appealed.   The plaintiff’s lawyer argued that the the trial court should not have admitted the testimony of the treating doctor in answering hypothetical questions.   The appellate court, in the context of the medical malpractice action, found that the trial court did not abuse its discretion in admitting this testimony.