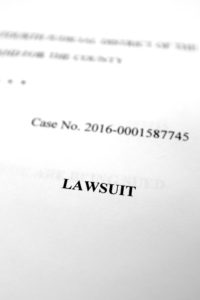 I recently discussed the property insurance coverage dispute, American Integrity Insurance Company v. Estrada, 44 Fla. L. Weekly D1639a (Fla. 3d DCA 2019), which deals with an insured’s forfeiture of post-loss policy obligations in a property insurance policy.    Yet, in a different context, this case deals with a trial court striking a defendant’s (insurer) affirmative defense and precluding the defendant (insurer) from amending its affirmative defense prior to trial.

In this case, the jury was not able to consider the application of an affirmative defense because the trial court struck the affirmative defense prior to trial.  The trial court also would not allow the defendant to amend the affirmative defense.  There would not have been any prejudice to the plaintiff in allowing an amendment since the substance of the amended defense was based on facts already in the record. “Because we are unable to conclude that this error was harmless and that the jury would have rejected this defense, we are compelled to reverse the final judgment on review and remand for a new trial.”  Estrada, supra.  Stated differently, the appellate court ordered a new trial because the jury was not able to consider this affirmative defense and there was nothing to indicate the jury would have rejected this defense (had the jury considered it).