Posted by David Adelstein on October 30, 2019
Trial Perspectives / Comments Off on Must be a Meeting of the Minds for there to be a Settlement 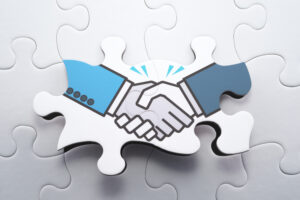 As is true of contracts generally, a settlement agreement is formed “only when one party makes an offer and another party accepts it.”  An acceptance sufficient to create an enforceable agreement “must be (1) absolute and unconditional; (2) identical with the terms of the offer; and (3) in the mode, at the place, and within the time expressly or impliedly stated within the offer.”  This ensures that there is a “meeting of the minds” between the parties on all essential terms. “[W]here it appears that the parties are continuing to negotiate as to essential terms of an agreement, there can be no meeting of the minds.”

The owners moved for summary judgment contenting there was a settlement agreement and they had been released.   The trial court agreed and enforced the release as to the owners.  The appellate court, however, reversed because there was NO meeting of the minds. The plaintiffs marked up the release and, thus, did not agree to the terms the insurer proposed in issuing the check, which was a release of the owners and the owners’ child.  Instead, the plaintiff’s made a counteroffer in marking up the release in agreeing to release only the owners.  When the plaintiffs did not hear back from the owners’ insurer, they returned the check ultimately terminating their counteroffer.  Hence, there was NO meeting of the minds.