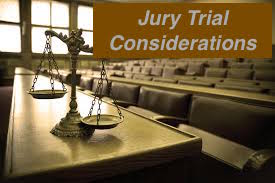 The First District explained as it pertains to directed verdicts:

“When a trial court overrides a jury’s verdict and directs entry of judgment for the non-prevailing party, our review is de novo, meaning we review the record to determine whether any view of the evidence supports the jury’s verdict…For this reason, if there are conflicts in the evidence or different reasonable inferences may be drawn from it, then the issue is a factual one that should be submitted to the jury and not be decided by the trial court as a matter of law.”

As an example of carefully crafted questions on a special interrogatory verdict form, the jury answered yes to the following questions pertaining to an owner’s breach of an oral contact claim against a manufacturer (again, check out the article for more facts regarding the case):