ProveMyFloridaCase.com > Evidence  > Pinning the Poor Against the Rich at Trial…Nope due to the Presumed Prejudice!
0 Comments

Pinning the Poor Against the Rich at Trial…Nope due to the Presumed Prejudice! 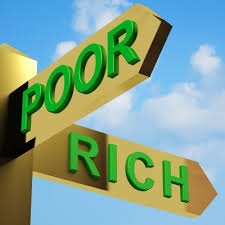 We all like to root for the underdog and want the underdog to succeed. In this regard, there is something compelling about pinning the poor against the rich. We perhaps seek redemption for the poor. So, how does this play out in a jury trial? The answer is it does not and should not. Why; because of the presumed prejudice to the rich and the tendency to punish the deep pocket. By eliciting this evidence, a party is exposing itself to a mistrial.

“Florida has a long-standing rule that no reference should be made to the wealth or poverty of a party, nor should the financial status of one party be contrasted with the other’s. Courts are very adamant about this rule because jurors have a tendency to favor the poor as against the rich, especially when provoked by inflammatory evidence.”

Hurtado v. Desouza, 2015 WL 1727851, *3 (Fla. 4th DCA 2015) (internal quotations and citations omitted) (finding that error was not harmless when plaintiff told jury that he lost his home in foreclosure, did not have a lot of money, and could not seek medical treatment because he could not afford health insurance).

While it is certainly appealing to pin the poor against the rich at trial, this appeal will oftentimes be perceived as creating an unfair prejudice to the rich and warrant a mistrial!