ProveMyFloridaCase.com > Appeal  > Trial Court’s Responsibility is NOT to Rewrite a Contract
0 Comments

Trial Court’s Responsibility is NOT to Rewrite a Contract 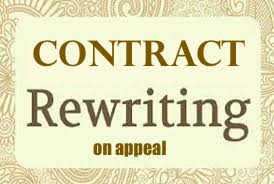 Many business disputes involve the interpretation and the application of a contract. This is because business transactions typically involve a contractual relationship governing the rights, liabilities, risks, and recourse relating to the transaction.   When there is a dispute regarding the transaction, this gives rise to a breach of contract claim.

It is important to understand that a trial court’s responsibility is NOT to rewrite the terms of a contract so that the risks are allocated differently.  As explained: