Introducing Character Evidence of Prior Bad Acts in a Civil Case 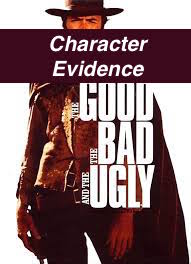 When is evidence of a person’s character ever relevant (such as the character of a plaintiff or defendant) to prove or disprove a material fact in a civil case? Generally speaking, it is not relevant and, even if it was relevant, the probative value is probably outweighed by the evidence’s unfair prejudice.

In the civil context, really, the only time character evidence would be relevant if it falls under an exception in Florida Statute s. 90.404(2)(a) that provides:

“Similar fact evidence of other crimes, wrongs, or acts is admissible when relevant to prove a material fact in issue, including, but not limited to, proof of motive, opportunity, intent, preparation, plan, knowledge, identity, or absence of mistake or accident, but it is inadmissible when the evidence is relevant solely to prove bad character or propensity.”

This exception refers to what is known as “prior acts” or “prior bad acts” evidence. But, when would prior bad acts come into play in a civil case? Specifically, when would introducing evidence of prior wrongs or bad acts by a party be admissible in a civil case to prove “proof of motive, opportunity, intent, preparation, plan, knowledge, identify, or absence of mistake?” And, even if an argument could be made for the relevancy of character evidence, wouldn’t the probative value of this evidence be outweighed by the evidence’s unfair prejudice?

Here is an example where character evidence was improperly admitted warranting a new trial for a defendant in a civil case.

The appeal was focused on the trial court allowing the man’s counsel to ask the former girlfriend questions about the contents of the post-dissolution motion. The only reason to do so was to show that the former girlfriend had the bad character and propensity to commit the embezzlement in this case based on her prior bad acts. Remember, character evidence is inadmissible solely to prove bad character or propensity.  The appellate court held that questioning the former girlfriend about the post-dissolution motion amounted to improper character evidence. Further, the appellate court held that even if this evidence was relevant by falling within an exception under Florida Statute s. 90.404(2)(a) to prove more than just bad character or propensity, any probative value of this evidence was outweighed by unfair prejudice deeming this evidence inadmissible.