ProveMyFloridaCase.com > Appeal  > Purpose of a Motion in Limine to Exclude Evidence
0 Comments

Purpose of a Motion in Limine to Exclude Evidence 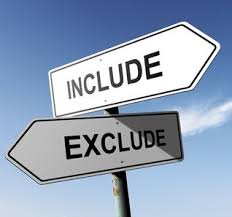 In order to avoid prejudicial or irrelevant evidence from being introduced to the jury by the adverse party, a party will file a motion in limine to exclude this evidence. “Generally, the purpose of a motion in limine is to prevent the introduction of improper evidence, the mere mention of which at trial would be prejudicial.” Buy-Low Save Centers, Inc. v. Glinert, 547 So.2d 1283, 1284 (Fla. 4th DCA 1989). Stated differently: “The purpose of a motion in limine is to exclude irrelevant and immaterial matters, or to exclude evidence when its probative value is outweighed by the danger of unfair prejudice.” Devoe v. Western Auto Supply Co., 537 So.2d 188, 189 (Fla. 2d DCA 1989) (internal citation omitted).