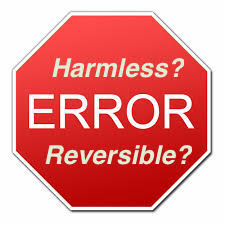 In Maniglia v. Carpenter, 40 Fla. L. Weekly D2485c (Fla. 3d DCA 2015), the plaintiff sued the defendant over injuries sustained in a car accident.   Less than a month after the accident, the plaintiff was involved in a golf tournament where he got inebriated and drove the golf car into the street, collided with a car, fell off the golf cart, and then got into a physical altercation with the police.   The defendant naturally wanted to introduce these events during trial for multiple reasons. First, the defendant wanted to establish that the plaintiff never told his treating chiropractor about these events, which could have affected the plaintiff’s credibility to the jury. And, second, these other events could have served as a jury instruction relating to other intervening causes for the plaintiff’s injuries.

The trial court granted a motion in limine finding that these events were unfairly prejudicial to the plaintiff. As a result, the jury never heard the true nature of the events and a verdict was entered against the defendant.

On appeal, the appellate court held that it was error for the trial court to exclude this evidence since the evidence was probative and was not outweighed by the danger of unfair prejudice. Based on this error, the appellate court held that the plaintiff was required to prove that the error was harmless – there was no reasonable possibility that the error contributed to the jury’s verdict. The plaintiff, however, was unable to meet this burden meaning that the defendant was entitled to a new trial.